What you are about to see, or what you have seen, is not the best version of Solaris.

Of course I am provoking you. You are here because you are a Tarkovsky aficionado or maybe because a friend dragged you along to see this fantastic film on the big screen in a proper cinema, instead of on your laptop. That is great. But Tarkovsky did not like this film [1].

To start of, we should find that Solaris exists in many versions, four of which have reached a public in either filmic or written form. Chronologically, we start with Polish author Stanisław Lem’s novel, published in 1961. Many would now skip to Tarkovsky’s Solaris released in 1972. Yet, an obscure two-part television-film directed by Lidiya Ishimbaeva and Boris Nirenburg titled Solyaris, which was first screened in 1968, should not be forgotten. Restricted to television broadcast within the Soviet Union [2], it may well be the closest filmic version of Lem’s novel in terms of setting (exclusively within a space station) and referential scientific focus (how to deal with the planet Solaris). Tarkovsky’s Solaris follows, (ironically) winning the Grand Prix Spécial du Jury at the 1972 Cannes Film Festival. Last but not least, Steven Soderbergh’s version released in 2002 stars no other than George Clooney as the main protagonist.

Back to Tarkovsky. He wanted to make another movie in 1968, which carried the working title A White, White Day, which would later, in 1975, be produced under the title Mirror [3]. In 1968, in the wake of having released his first full feature film Ivan’s Childhood in 1962 (and it winning the Golden Lion at the Venice Film Festival of that year), Tarkovsky had a plan and vision that would redefine his cinematic language: an openly autobiographic film that would feature his mother and father, and would rely on dream- and memory-like fragments rather than visual continuity. The foreboding of this desire you might recognize in Solaris’ dream sequences.

Mosfilm, the largest of about forty government controlled film studios in the Soviet Union, through which Tarkovsky would make all of his Soviet feature films, was not convinced by his vision and refused the essential allowing for and state sponsoring of the project. Frustrated, and in need of money, Tarkovsky refocused on his interest in the 1961 novel Solaris, written by Polish author Stanisław Lem. Lem’s Solaris, in short, deals with the scientifically studying of and inability to communicate with a non-human, alien, sentient life form: the planet-shaped being Solaris. To Lem, it was a philosophical novel about the human confrontation with the Unknown, primarily through (the limits of) science. One chapter of Lem’s novel is entirely dedicated to documenting the history of the (pseudo)scientific study of Solaris, and all of the action takes place inside a space station hovering over the planet.

Mosfilm approved Tarkovsky’s project to start with adapting Solaris into a film initially – in that time, Russian directors would often convince Mosfilm with project proposals including scripts and directors scripts, yet change these during shooting, which happened after an OK and financial support from Mosfilm was obtained- as it saw potential in Tarkovksy addressing a broad audience through the then popular genre of science fiction.

Science fiction in the Soviet Union in that time was a popular genre aimed at a public to marvel at visual prophesies of technological advancement and the further conquering of space. Tarkovsky, however, had no particular interest in the genre of science fiction and its usual tropes [4], as he found films such as Planet of the Storms (a Soviet production from 1962) and 2001: A Space Oddysey relying too much on visualising a technologically exotic future [5]. He even wished to escape the genre in his Solaris, in which he, according to himself, ultimately fails [6]. Tarkovsky believed that in “true art”, the “fake” (and with it any hidden intentions of the artist) should be eliminated, or, in other words, that cinema should catch the filmmaker’s very personal experiences –as he himself feels and sees the world [7].

As for the novel, Tarkovsky was interested primarily in the premise it shaped for moral, therefore human, problems that arise from new discoveries in science and the physiology of the human mind [8]. In many ways, this follows the Romantic tradition against scientific rationalization of the unknown [9]. In line with that, Tarkovsky set out to take Solaris -the planet- as a setting next to earth, refocusing the theme of impossibility of communication to inter-human relations and to the inner self, thus drafting a proposal that did not need a science fiction setting: two-thirds of its length would take place on earth, and it would include a family around the main character of the film.

Lem, who was in contact with Tarkovsky, was disappointed if not angry [10], and Mosfilm turned Tarkovsky’s first draft down, as it wanted a science fiction film set in space, and without what it regarded as unnecessary family and religious references. Tarkovsky, untypically but in need of resources, bowed to Mosfilm’s demands, which resulted in the Solaris that you have seen or will see today.

Still, as you may notice, Tarkovsky managed to retain the first forty minutes of the film to take place on earth. He wanted to show earth as it is our, and his, daily surrounding free of fake décor and full of the same problems one might encounter in any fantastical setting, and in the long Russian tradition of seeing the earth as Mother. He also managed to reduce the focus on the scientific study of the phenomenon or planet Solaris that are at the core of Lem’s novel. As a side note: when you watch or if you have seen Soderbergh’s version, note its complete lack of any mentioning of scientific practice related to the study of Solaris.

Mosfilm agreed and gave Tarkovsky an OK. Lem, throughout his life, was open about his contempt for Tarkovky’s adaptation, believing that Tarkovsky made Solaris into a film about a couple-in-love rather than about the limits of science and its philosophical implications. Although Lem did not watch Soderbergh’s version, one can imagine what he thought about it, it showing George Clooney in love and using the catchphrase “Sometimes love is so strong it opens a passageway to a place where the impossible can happen” (thereby inverting the planet – character relation, reducing the planet and its phenomena to being shaped by a love relationship).

Tarkovsky was disappointed in giving in to Mosfilm’s and Lem’s complaints and demands, seeing it as a losing battle with science fiction as a genre. His private archive does not contain a copy of Solaris’ scripts, merely two work diaries11 and most importantly, he does barely mention it in his written theoretical magnum opus Sculpting in Time (1986). The only mentions of Solaris in Sculpting in Time have Tarkovsky dismissing parts of it. He dismisses the science fiction elements altogether, for the reasons mentioned before, and he also dismissed Solaris’ main actor Donatas Banionis as an “analytical” actor – an actor that “cannot play anything spontaneously from within himself” [12].

As for the audience, Tarkovsky detested film directors that openly tried to please a particular audience; to him this was a form of disrespecting the audience, treating them as a witless mass. To him, the essence of being an artist was the reciprocity or dialogue between artist and individuals within that audience: the artist shows “life”, the audience will find means to assess and possibly appreciate it.

It is interesting here to think about an ultimate Solaris. Or at least the elements of an ultimate Solaris. Not for Tarkovsky, Lem, Soderbergh or Ishimbaeva and Nirenburg –they have made their versions and are in no particular order left frustrated, convinced, rich and dead and have been open to audience interpretation in various degrees, but for us, an audience willing to dive in.

I will make you a proposal, risking Tarkovsky’s wrath, yet taking into account all of the above.

Take a day off. Go for a walk of about twenty minutes to the nearest forest and lake in the morning.

Do not feel guilty; it is OK to watch it on your laptop and through YouTube – it was meant for Soviet television broadcasting.

Pause it at 4:11. Now have a DVD or USB stick ready with Soderbergh’s scenes of the space station Prometheus orbiting Solaris. That is from 8:05 to about 9:00. Watch it on the biggest screen that you may find in the neighborhood that you live in. Ishimbaeva and Nirenburg had no budget for filming special effects or even for filming outside of the studio-based space station décor.

Continue Ishimbaeva and Nirenburg’s version where you stopped. Pause it at 27:50, at the moment in which Kris Kelvin falls asleep. Now, you should have convinced Cinéma Dérive to screen Tarkovsky’s Mirror, allowing you to watch it at a cinema. Watch Mirror. If we consider the planet Solaris an Id-machine, a Thing that materializes our innermost desires [13], we could see Mirror as Tarkovsky’s Id-machine.

Go home, continue Ishimbaeva and Nirenburg’s version. Sit it out. After Part 1 has ended, make tea or coffee and open Chapter 2, “Solarists”, from Lem’s novel. Read it, or have someone read it to you.

After having read or listened to Lem’s second chapter, watch the scene from Tarkovsky’s Solaris in which the pilot Berton gets questioned by a panel of scientists and commissars. It starts at 11:00 and ends at 17:38.

Do not take a break. Watch Part 2 of Ishimbaeva and Nirenburg’s Solyaris. Deal with the fact that it takes its time in unfolding the story.

Sit in front of the door of your house or the venue where you have watched Part 2 of Ishimbaeva and Nirenburg’s Solyaris. Look around you for some minutes. Go (back) home, make food for yourself and try not to cut yourself while cutting vegetables.

2 The full two parts (amounting to one hour of screen-time per part) are now available on YouTube as well.

4 Even stating “I don’t like science fiction, as I don’t like to escape life.”, in the documentary Tempo di Viaggio (1980). 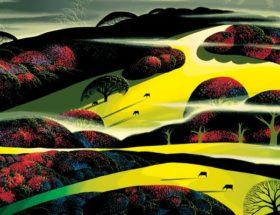 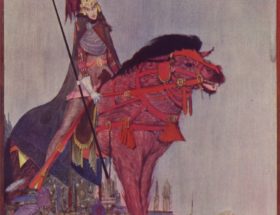